“Finding Astro” is an experimental exergame to promote small bouts of physical activity throughout the day. In this game, the player is tasked with finding a lost astronaut (named Astro) in the outer space. When the game starts, the astronaut appears on the screen for a split second and leaves the screen. The player has to follow astronaut’s direction by physically moving both hands (while holding the phone). As soon as the astronaut is captured on the screen, players gain some points and the astronaut disappears in another direction. If the player fails to capture astronaut within a  time-window, they lose the level and the game starts again. 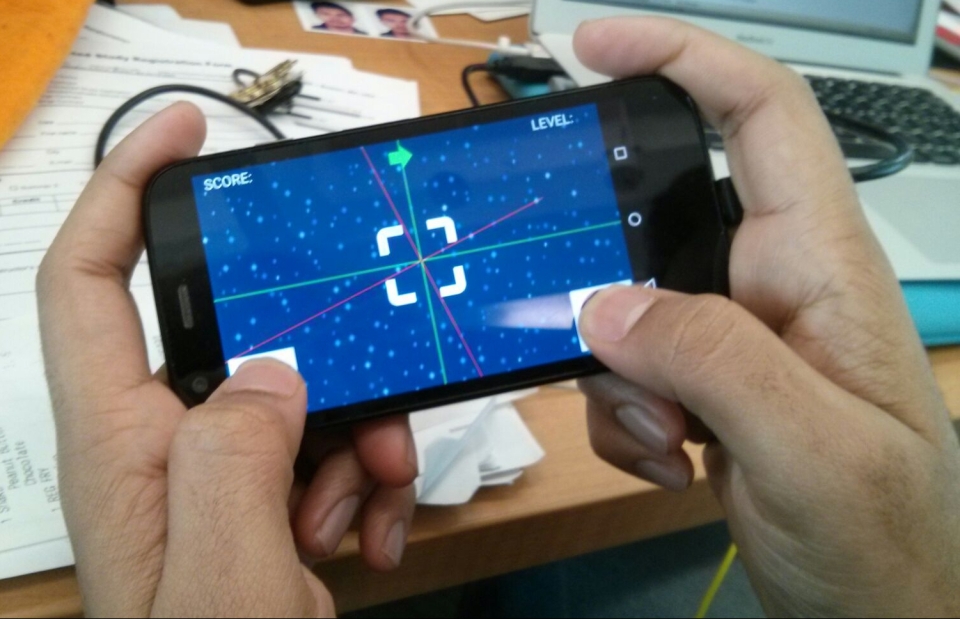 In order to play the game, players must press and hold these two buttons on the screen. Releasing either of the buttons ends the game. The green and red cross-air axes are provided to help players set their device orientation to absolute horizontal (i.e, device y and z acceleration is zero). 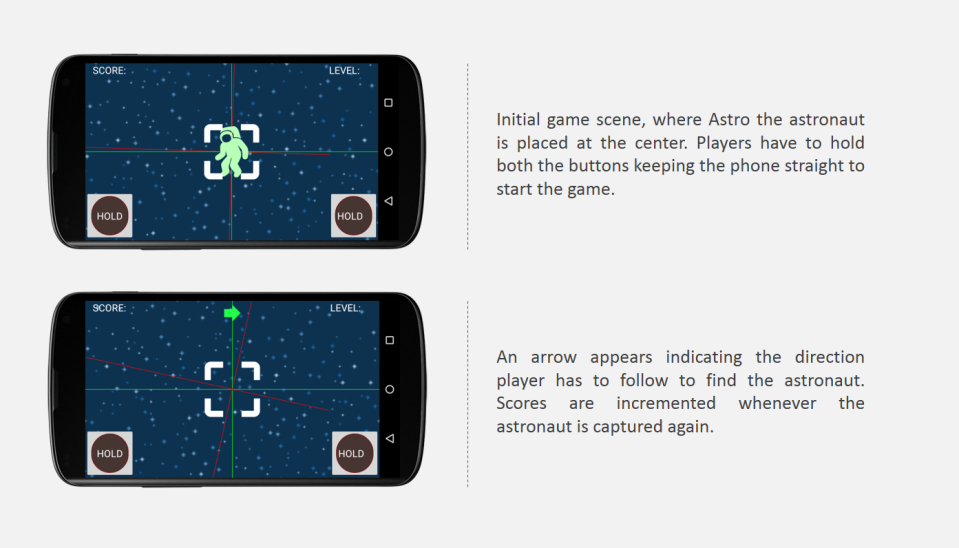 You can access the source code here. Please note that it was developed for Android version 4.3 and may not be directly backward compatible with latest SDKs.